K3S run by default with flannel as the CNI, using VXLAN as the default backend. Flannel is running as backend go routine within k3s unique process

k3s server installation options can be provided in order to configure Network CIDR to be used by PODs ans Services and the flannel backend to be used.

When Flannel is running it creates the following interfaces in eah node:

Traffics between cni0 and flannel.1 are forwarded by ip routing enabled in the node 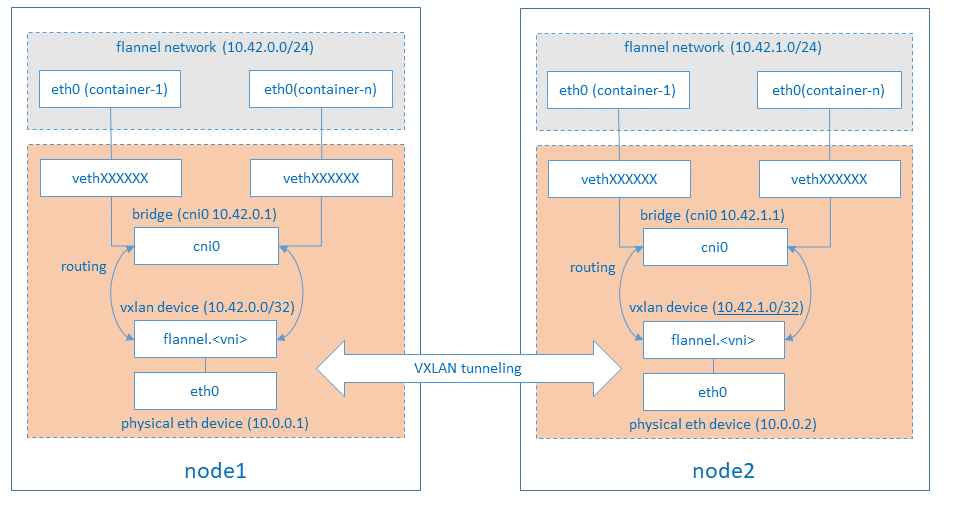 Traefik is a modern HTTP reverse proxy and load balancer made to deploy microservices with ease. It is embedded in K3s installatio and deployed by default when starting K3s cluster.

Traefik K3S add-on is disabled during K3s installation, so it can be installed manually to have full control over the version and its initial configuration.

Further details about how to configure Traefik can be found in “Ingress-Controller Traefik documentation”.

Klipper Load Balancer is deployed by default when starting the k3s cluster. In the cluster, Metal LB load balancer will be used so it is needed to disable Klipper-LB first. To disable the embedded LB, configure all servers in the cluster with the --disable servicelb option.

Further details about how to install Metal LB can be found in “Load Balancer (Metal LB) documentation”.