The backup architecture is the following: 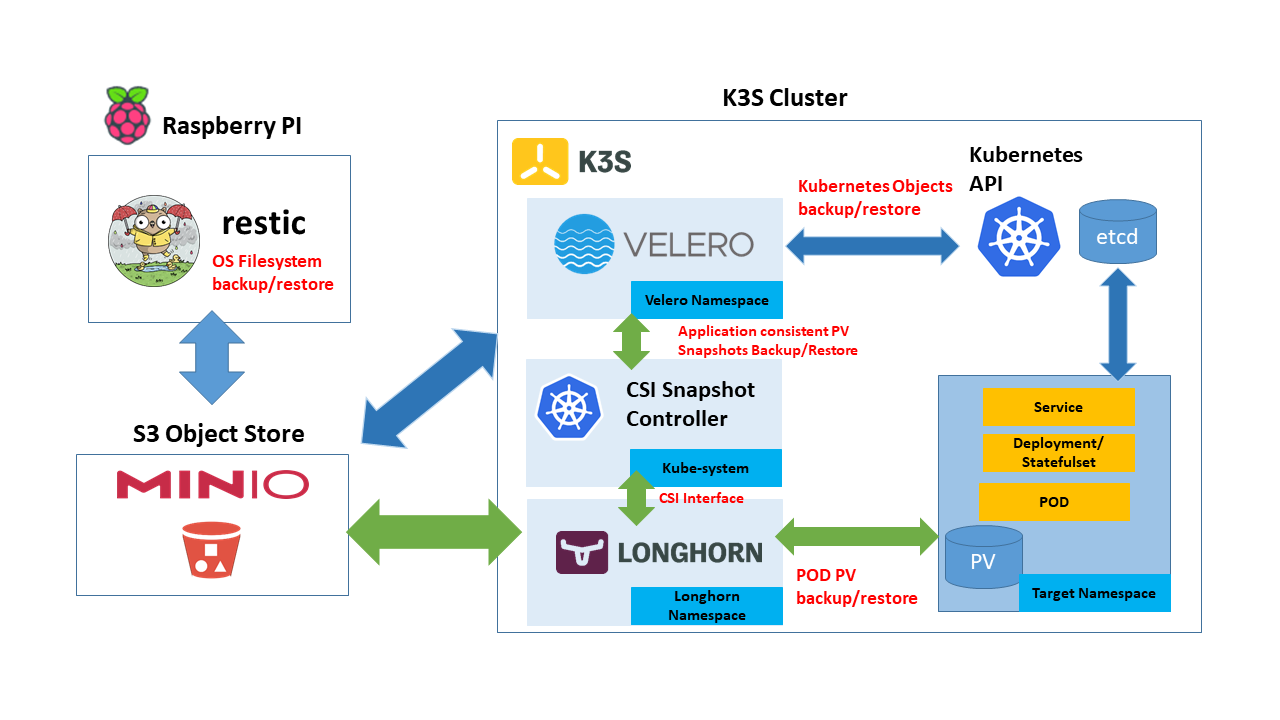 OS filesystems from different nodes will be backed up using restic. As backend S3 Minio server will be used.

Restic installation and backup scheduling tasks have been automated with Ansible developing a role: ricsanfre.backup. This role installs restic and configure a systemd service and timer to schedule the backup execution.

Ubuntu has as part of its distribution a restic package that can be installed with apt command. restic version is an old one (0.9), so it is better to install the last version binary (0.12.1) from github repository

For doing the installation execute the following commands as root user

In case Minio S3 server is using secure communications using a not valid certificate (self-signed or signed with custom CA), restic command must be used with --cacert <path_to_CA.pem_file option to let restic validate the server certificate.

In case of self-signed certificates using a custom CA, all restic commands detailed below, need to be executed with the following additional argument: --cacert /etc/restic/ssl/CA.pem.

restic repository (stored within Minio’s S3 bucket) need to be initialized before being used. It need to be done just once.

For initilizing the repo execute:

For checking whether the repo is initialized or not execute:

Backups snapshots can be displayed executing

For checking repository inconsistencies and fixing them

The folling directories are backed-up from the cluster nodes

K3S distribution currently does not come with a preintegrated Snapshot Controller that is needed to enable CSI Snapshot feature. An external snapshot controller need to be deployed. K3S can be configured to use kubernetes-csi/external-snapshotter.

For configuring the backup in Longhorn is needed to define a backup target, external storage system where longhorn volumes are backed to and restore from. Longhorn support NFS and S3 based backup targets. Minio can be used as backend.

Go to the Longhorn UI. In the top navigation bar, click Settings. In the Backup section, set Backup Target to:

Important: Make sure that you have / at the end, otherwise you will get an error. 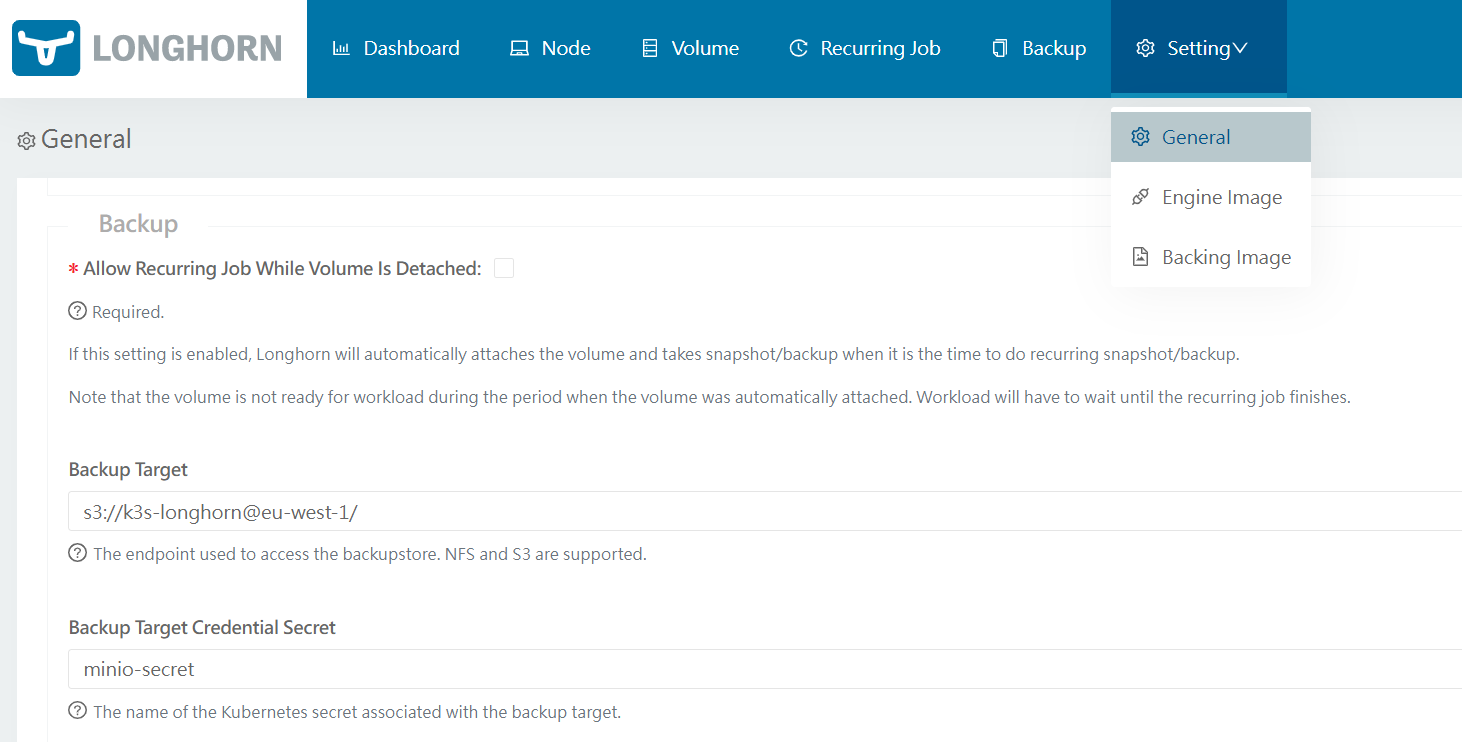 Target can be automatically configured when deploying helm chart

A Longhorn recurring job can be created for scheduling periodic backups/snapshots of volumes. See details in documentation.

Since full cluster backup will be scheduled using Velero, including Longhorn’s Persistent Volumes using CSI Snapshots, configuring this job is not needed.

VolumeSnapshotClass objects from CSI Snapshot API need to be configured

Velero defines a set of Kuberentes’ CRDs (Custom Resource Definition) and Controllers that process those CRDs to perform backups and restores.

The complete backup workflow is the following:

Velero requires an object storage bucket to store backups in. In Minio a dedicated S3 bucket is created for Velero (name: k3s-velero)

Important: k3s config file is located in /etc/rancher/k3s/k3s.yaml and it need to be copied into $HOME/kube/config in the server where kubectl and velero is going to be executed.

This will be installed in node1

As alternative, for GitOps deployment (ArgoCD), instead of putting minio credentiasl into helm values in plain text, a Secret can be used to store the credentials.

And the following helm values need to be provided, instead of credentias.secretContent

Set up daily full backup can be on with velero CLI

Or creating a ‘Schedule’ kubernetes resource: