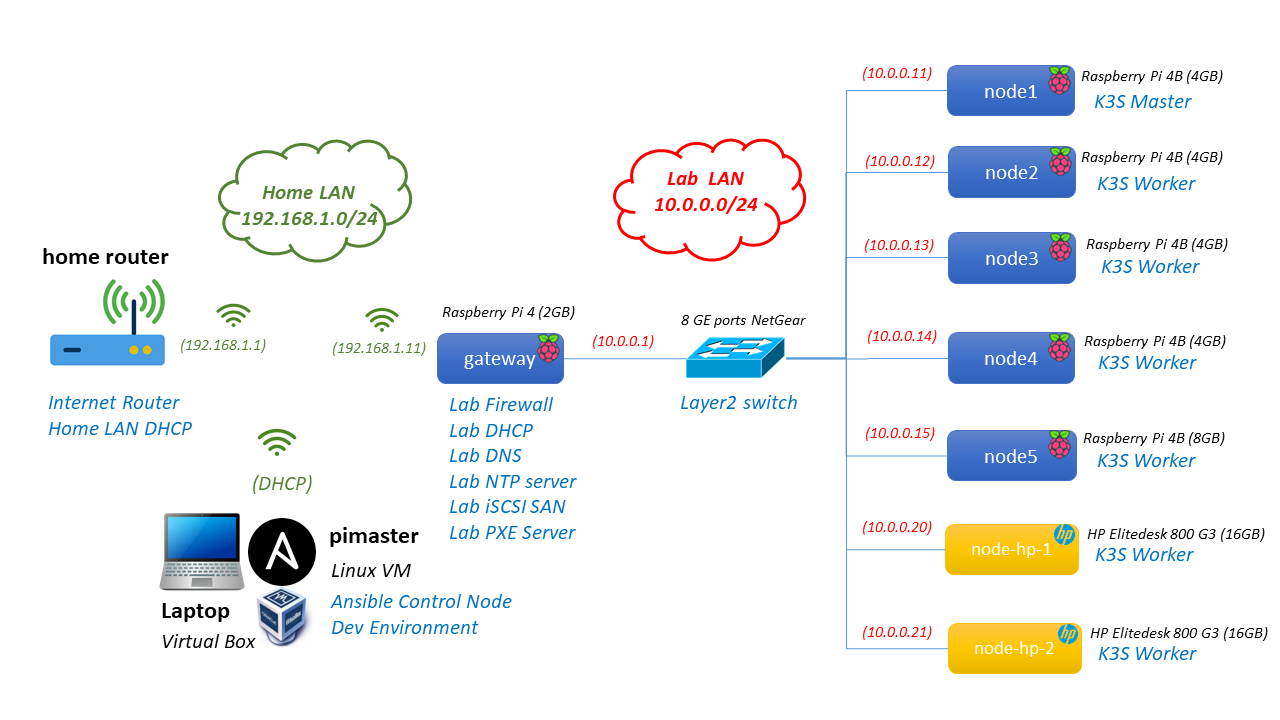 For building the K3S cluster, using bare metal servers instead of virtual machines, ARM-based low cost SBC (Single Board Computer), like Raspeberry Pi-4 are used. Raspberry PI 4 is used for each node of the K3S cluster and for building a cluster firewall.

A Raspberry PI 4B-2GB, gateway, will be used as Router/Firewall to isolate lab network from my home network,. It will also provide networking services to my lab network: Internet Access, DNS, NTP and DHCP services.

As Ansible control node, pimaster, a VM running on my laptop will be used. Its required SSH connectivity to cluster nodes will be routed through the cluster firewall, gateway.

gateway will be also connected to my home network using its WIFI interface in order to route and filter traffic comming in/out the cluster.

For having better cluster performance node1-node5 will use SSDs attached to USB 3.0 port. SSD disk will be used to host OS (boot from USB) and to provide the additional storage required per node for deploying the Kubernetes distributed storage solution (Ceph or Longhorn). 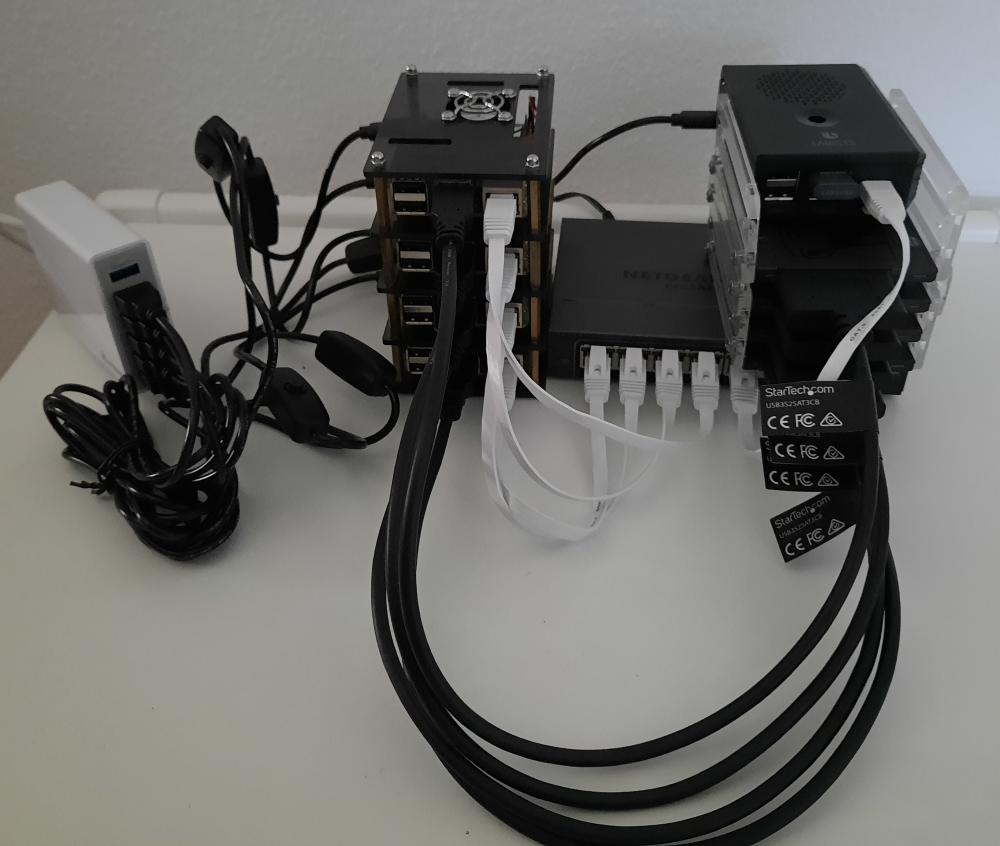 A cheaper alternative architecture, instead of using dedicated SSD disks for each cluster node, one single SSD disk can be used for configuring a SAN service.

Each cluster node node1-node5 can use local storage attached directly to USB 3.0 port (USB Flash Disk) for hosting the OS, avoiding the use of less reliable SDCards.

As additional storage (required by distributed storage solution), iSCSI SAN can be deployed instead of attaching an additional USB Flash Disks to each of the nodes.

This alternative setup is worth it from educational point of view, to test the different storage options for RaspberryPI and to learn about iSCSI configuration and deployment on bare-metal environments. As well it can be used as a cheaper solution for deploying centralized storage solution.